The Mary Chirwa Award Foundation together with Nudge aim to recognise women who have a proven record of courageous leadership in a field related to one or more of the Sustainable Development Goal(s).
The winner is awarded US$5,000 for their cause and is invited to a ceremony at the Peace Palace, in The Hague, the Netherlands.

Who is Mary Chirwa?

Mary Chirwa is the former Director General of the Financial Intelligence Centre (FIC) in Zambia, a government agency responsible for regulating financial crime. In this role, she fought corruption, money laundering and terrorism financing in her country. Her yearly reports disclosed money trails that lead to criminal situations in Zambia. Chirwa was a guest of honour during the Nudge Global Impact Awards 2018, where she told the audience that, since publishing the reports, she has been receiving threats to her life. Nonetheless, she remained resolute in her duties to fight financial crime.

The winner of the 2022 edition

The Award was suspended in 2020, due to the COVID-19 pandemic. However, considering the unstable times we are now living in, namely the aftermath of the pandemic and the war in Ukraine urged the president of the Mary Chirwa Foundation to continue the mission of the Award. Thus, this year the award has once again recognised the leadership of courageous women. The nomination committee has deliberated on the winner of this year’s edition. The winner of the Mary Chirwa Award 2022 is: Oksana Syroyid.

Oksana Syroyid is one of the strongest leaders of the democratic forces in Ukraine. She has worked in civil society, in parliament, in grassroots politics, in academia. She has dedicated her life to building Ukraine into an independent and democratic nation state. She was one of the driving forces behind the reforms of the legal and judicial system in Ukraine and the fight against corruption.  She created and leads one of the foremost foundations in this field. She was a parliamentarian for and later became the leader of “Samopomich”, one of the few non-oligarchic truly democratic political parties in Ukraine. As a professor she is now educating the Ukrainian leadership of tomorrow -especially with regard to developing and maintaining international relations. She has organized the most important security conference in the country on an almost yearly basis, working diligently and with a grim foresight on engaging the international community with the fate of a Ukraine under constant threat.

Oksana discussed the possibility of a genocidal war of conquest by Putin’s Russia with me as early as 2014. She is an activist, a diplomat and a born patriot -but first and foremost one of the deepest thinkers I know. Fighting corruption, fighting the oligarchs, defying Putin and his minions in Ukraine again and again -the woman is stupendously brave. Because of that, since the war started my main worry is that she will not be careful enough with her own person. Her children need her to survive, Ukraine needs her to survive. Russia will have her on one of their kill lists.

Oksana Syroyid has, because of the war, temporarily joined the territorial defence of Ukraine. She is responsible for their strategic communication.

Value of the Mary Chirwa Award:

Mr. Maksym Kononenko, Ambassador of Ukraine to the Kingdom of the Netherlands, receiving the Award in the name of Oksana Syroyid, Peace Palace, The Hague, 27 May 2022 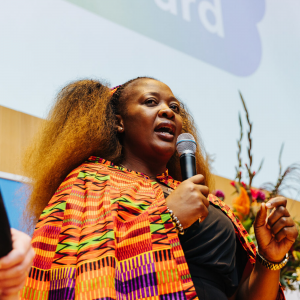 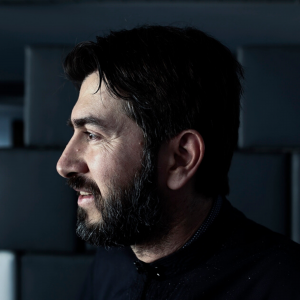 For more information about the Mary Chirwa Foundation, please download this Beleidsplan.